Thank you @JonGordon11 for sharing this. I appreciate how openly you share these reminders to mske us better humans. pic.twitter.com/wvhl…

As hotel booking technology continues to advance, the next widescale trend to emerge in hotel reservations and hospitality marketing may be attribute-based reservations.

Traditionally hoteliers have built room pools based on a single characteristic, such as bed type. This has largely been the extend of attribute offerings due to limits in reservation technology; however, with new investments in res engines and blockchain, the reservation system of the near-future will be able to offer extensive customization to guests.

Instead of selecting just a king bed room with the hotels standard amenities, guests may be able to specify a king room, near the elevator, with a four-piece bathroom, a sunrise view, an elliptical machine and a large club chair. Clearly this represents an extensive revenue opportunity for hoteliers, as well, to package unique room features and amenities to create more personal experiences for guests.

Beyond direct customization revenue, the broader opportunity to hotels will come from direct channel maximization, just as airlines have done with seat selection. Customization offered exclusively through branded hotel websites and apps would be a significant marketshare play against OTAs and room-sharing services such as AirBNB.

This week, TripAdvisor released their annual list of top travel trends for 2016 (PDF). Hidden in the results are a few very interesting details that not only apply to 2016, but hint at travel trends that may have a longer tail for both hotels, airlines, and OTAs. 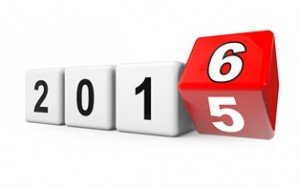 Globally, 69% of travelers plan to try something new in 2016, including cruises (20%) and adventure travel (15%). A key travel trend in the data is that 17% will try solo travel for the first time in 2016. It will be key for hoteliers to anticipate the unique needs of solo travelers and catering to this emerging trend.

Trend #2 – Spending more because it’s “worth it”

One in three travelers plan to spend more in 2016 than they did in 2015, with nearly half (49%) of respondents doing so “because I or my family deserve it.” To capture these increased revenues, hotels must differentiate themselves with travel packages that focus on unique experiences, such as the "romantic kidnapping" and picnic at Namale Resort.

Travel trends continue to point to the importance of targeted online marketing to focus buyers on your destination, with 21% choosing a destination because a hotel had a special offer or package. One in five global travelers have picked a destination because they saw it featured on television. In 2016, turn your marketing and social media team loose to create visibility for those key items that make your market a "must see."

While free wi-fi continues to be a critical buy factor for most travelers (46%), many travelers relate that they require "super-fast" wireless internet access (26%); 11% are willing to pay a premium to get the speed they need to stream movies and connect in high-definition.

Industry analysts and hoteliers are confident that 2016 will bring higher rates, with 47% of global hoteliers initiating rate increases. This travel trend should lead to capital improvements and enhancements for many in the industry. Despite these reinvestments, 65% of hoteliers expect profits to increase next year, as 2016 should give the industry a new baseline for both ADR and profitability.

Given that TripAdvisor initiated the survey, it's not surprising to see reviews carrying a focus in 2016. I was surprised, however, to see only 59% of hoteliers planning to invest more in online reputation management in 2016. I anticipated this number to be much higher and see this as a travel trend that will go higher in future years. There is simply too much at stake for service providers to not actively manage these channels.

For years, Expedia, Orbitz, and Travelocity have been entrenched OTA players in a static hospitality landscape. With back-end connectivity to the GDS, these OTA giants represented a simple, at-home entry point for many travelers. Over time, aggressive marketing and rate parity have established OTAs as a reliable retail outlet for hotels, airlines, and rental cars.

But in the past 18 months, a seismic shift has begun to change the landscape for the online travel agencies. Foreshadowed by Google's 2010 acquisition of ITA Software, the rise of "big-data" represents the greatest challenge to OTAs in more than a decade

and is beginning to change the landscape for many of the largest online travel agencies.

Armed with data on preferences, interests and even search histories, big-data providers like Facebook and Google have built platforms by which hoteliers can offer highly targeted packages and promotions to small groups of retail travelers. The result looks to net higher conversions at a lower cost of sale for hoteliers, all while delivering a more satisfying retail experience for guests.

This shifting landscape could bring the eventual downfall of the parity-based model for OTAs. Just this week, Expedia CEO Dara Khosrowshahi confirmed to CNBC's "Squawk Box" show that Expedia is looking for ways to shift its offering to hoteliers away from parity towards a guest-targeting model. (Note: Khosrowshahi's comments about Expedia's future model begin at 2:20 into the video.)

In my opinion, the biggest challenge OTAs face in delivering a targeted guest model is the access to a larger guest dataset. While Expedia, Travelocity, and Orbitz capture travel search data, the legacy OTAs lack access to broader preferences that are game-changers for the big-data companies. OTAs will likely need to purchase guest data directly from their new competitors, Facebook and Google,

which will drive down profit and make the challenge even more pressing.

I believe that the pressure to build a more profitable, guest-targeted model may drive OTA consolidation. It's also quite possible that we will see the larger OTAs pursue big-data through acquisition of social media properties such as Pinterest or Gogobot.

Does this mean that Expedia, Travelocity, and Orbitz are about to fold up shop? Not at all. Although consolidation within OTAs is possible, the likely path for OTAs will be less emphasis on non-targeted results through the GDS and more focus on generating guest-targeted offerings at a higher margin.